Building on the success of SDA-WA’s first Artists U* Working Group, we are hosting a second meeting series, open to all members! The purpose is to build sustainable lives as artists by clarifying and accomplishing goals. This is a five-month subgroup of the Seattle SDA group, and will not substitute for the regular Seattle SDA meetings.

A working group is four to 15 artists who do Artists U assignments, and then meet to discuss. Members make four key documents: a plan, a mission statement, a personal budget and a calendar. For this series, the SDA Working Group will meet for two hours on the third Saturday of the month for five months, starting September 16. Meetings are free.

For more info or to RSVP:
Francesca Penchant    sdaworkinggroup@gmail.com

“Shades of Indigo” by Kaylin Francis

The Surface Design Association has awarded the 2017 Outstanding Student Award to Kaylin Francis, Seattle SDA member. Kaylin is a recent graduate with a bachelor’s of fine arts degree in Craft from the Fibers Department at Oregon College of Arts and Crafts. Her work is highlighted on the SDA website here.

The purpose of the award is to increase awareness of the Surface Design Association by rewarding the innovative work of students and by providing exposure to a high level professional association in their chosen field. The Outstanding Student Award is presented each year to a student enrolled in an accredited undergraduate or graduate program at a college or university. 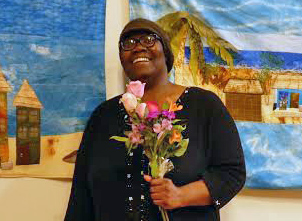 SDA member Marie Plakos will be among the artists in this celebration of the accomplishments of Level 4 Experimental Stitch & Multi-media graduates, who have just completed two and a half years of study with Gail Harker. It is free and open to the public.

While on this course, students use original design work and experimental stitch techniques to create innovative and imaginative new art pieces using a wide variety of techniques. Work on display will include wall hangings, 3-D items and a portfolio of samples.

SDA member Rebecca Wachtman will be teaching a variety of shibori/tie-dyeing techniques in “Resisting Your Dyes” at the Schack Art Center in Everett, August 12.It is a chance to learn and play with a variety of resist and dyeing techniques that are shibori and tie-dye inspired. Students will have the opportunity to play with natural-fiber fabrics and learn a variety of fun techniques for applying dyes and using physical resists.

Students will learn:A variety of shibori/tie-dying techniques. A few of the techniques include: twisting and tying up fabric using string resists, use various clamps as resists, placing beans/marbles/rocks or other materials into fabric and tying fabric around them to create resists. If time, they can practice sewn-in resists using needles and thread. They will be making Shibori and tie-dye samples to take home. If they wish, they can dye a shirt or two as well! Ages 18+ 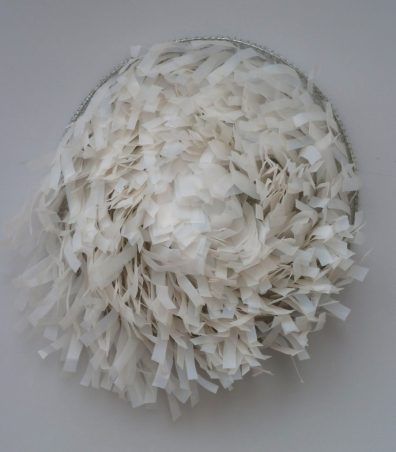 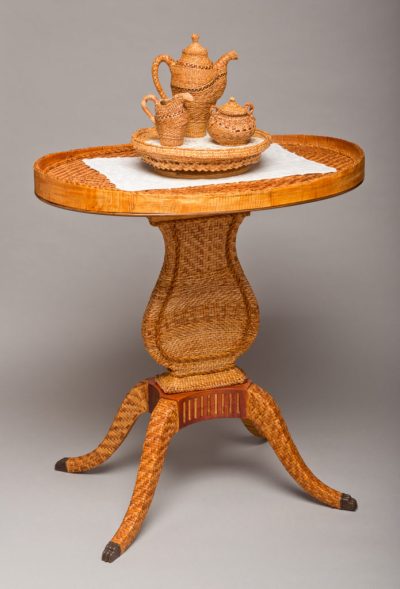 “Strung Out” by Nancy Loorem Adams 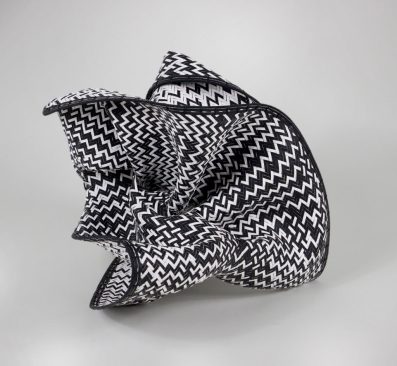 “Basketry in the 21st Century” at American Art Company

Presented by the National Basketry Organization, “All Things Considered 9: Basketry in the 21st Century” is the ninth in a series of juried biennial exhibitions intended to show the full spectrum of work currently being executed by well-known and emerging artists in the United States. Lanny Bergner, Danielle Bodine, Barbara De Pirro, Kathey Ervin, Nancy Loorem Adams, Dorothy McGuinness and Carol Milne are among the SDA members with work in the show.

The exhibition opens in conjunction with the 2017 National Basketry Organization’s conference in Tacoma, Washington. From black bamboo to reclaimed plastics, it represents a broad range of approaches by artists working within the field of contemporary basketry. Showcasing excellence in creative exploration, technique, craftsmanship, these 70 artworks were juried by Lloyd Herman, the founding Director of the Smithsonian Institution’s Renwick Gallery from 1971 to 1986. Herman is also the author of Art That Works: The Decorative Arts of the Eighties, Crafted in America. He lives and works in Seattle, Washington. Exhibition catalog available for purchase August 1, 2017. 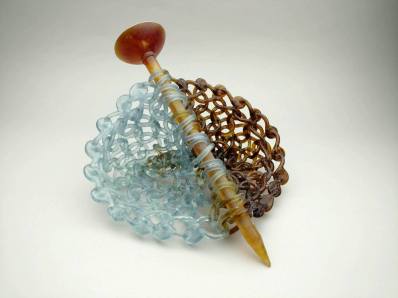 Lanny Bergner, Barbara De Pirro, Dorothy McGuinness and Carol Milne are among the SDA members who have pieces in the show at the Art Stop gallery, an exhibit of basketry and related work by artists from the Northwest Designer Craftsmen.

“Right Side Wrong” by Melisse Laing

Details of quilts by members of the Fiber Optix art group

SDA Members in Fiber Optix’s “Against the Wall” Quilt Show

“Against the Wall”
Penn Cove Pottery, Coupeville
Now through September 4

Textile wall hangings by members of the Fiber Optix art group are in “Against the Wall” at Penn Cove Pottery.

Fiber Optix is a group of nationally and internationally recognized Pacific Northwest artists who make abstract art quilts. The work is built upon the foundation of traditional, utilitarian quilt making, but these contemporary artists use the tools of that tradition in order to achieve the same goals as all artists: self expression and the creation of meaningful works of art. The striking, colorful pieces in “Against the Wall” vary in size, but all are meant to be hung on the wall.

As a part of the Port Angeles Library’s “Art in the Library” series, the “ABC of Surface Design” group project is a special traveling installation now in Port Angeles, following a four-month run in Port Townsend. Twenty-four SDA members contributed work that will be displayed through November: 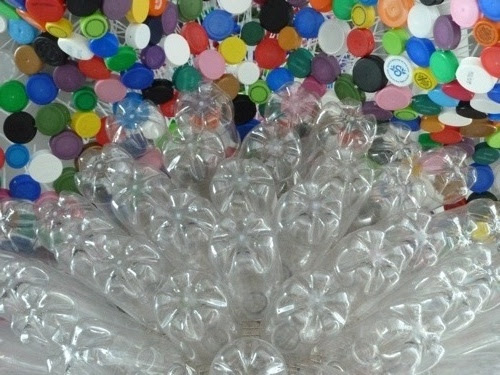 Besides “Basketry in the 21st Century” and “Baskets Revisited,” SDA member Barbara De Pirro has additional upcoming events this year.

What is Surface Design?

Surface Design encompasses the coloring, patterning and structuring of any fiber and fabric. This involves creative exploration of processes such as dyeing, painting, printing, stitching, embellishing, quilting, weaving, knotting, felting and paper making.

Learn More About the SDA